Why prototyping is essential to digital transformation
Blog Posts

Why prototyping is essential to digital transformation 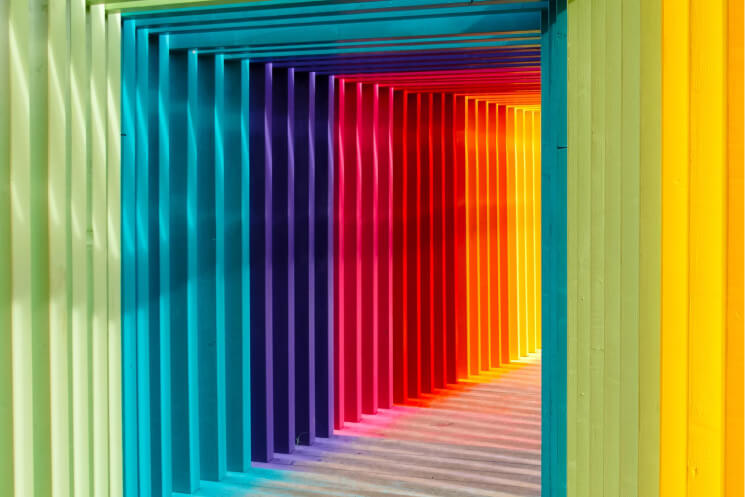 You don’t always get it right the first time. Only recently did scientists in France discover original sketches created by Leonardo Da Vinci beneath the layers of paint on his world famous painting, the Mona Lisa.

These findings consolidate what is widely understood about the labour behind great work; perfection is only crafted through a continuous process of improvement. Ideally, these revisions should take a bit less time than the 16 years that Da Vinci spent on his masterpiece, but the sentiment remains: revise, revise, revise.

In tech and engineering, this process is known as prototyping. Prototyping enables teams to develop, test and improve ideas in the early stages of a project. Developers ensure that clients only receive the greatest version of the product by working through any areas for improvement. This ultimately saves stakeholders and project teams valuable time and resources.

Approaching projects in this user-focused way has real benefits when it comes to executing your digital transformation plan too. According to Forrester, design thinking has been proved to produce a ROI of 85% or higher.

In this article, we'll look at some benefits of prototyping and offer solutions to the challenges that teams may face during this stage of development. Crucially, we hope to highlight how prototyping enables innovation and drives productivity in software development.

Up to the job?

One of the most essential benefits of prototyping is that it provides an early indicator of whether the solution will meet the requirements of your client. Before starting any digital project, it’s vital to collect thorough feedback from end customers.

This insight allows you to understand how end users complete tasks, where they go and in what sequence they complete these tasks in. Research at this preliminary stage should also identify the features that clients require to overcome bottlenecks.

A prototype’s purpose is to test an idea. Just as projects should begin with an analysis of a clients’ requirements, so should a prototype test these requirements. Using a prototype, developers are able to evaluate this replica against the proposed requirements of the client without stacking up costs and resources.

The main premise of user-driven design is to not only respond to the needs of the client, but to involve them in the development cycle. Developing a prototype forces teams to really define product features and think about usability.

Prototypes, proof-of-concepts and MVPs are, particularly, useful in an agile approach for gathering early user feedback and reducing risk in the long term. When applied to a business strategy, these processes allow you to better understand what will bring the greatest value and determine how to improve user experience in the future.

Above all, this means a more intimate understanding of your users’ needs’; you can monitor their interaction with your product using a prototype. During the development phase, this enables developers to keep track of their actions and make changes to your product as needed.

A space for innovation

Aside from managing risk, prototyping also gives developers the flexibility to try and test out new design ideas. Under a longer project without prototypes, developers may be more hesitant to test ideas, under a ‘one chance’ only mindset.

Prototypes not only lessen this anxiety, but they also enable developers to refine their ideas from the continuous feedback that is received with each evaluation. You can easily make modifications to a fully functional prototype to observe how it reacts.

And because prototypes are only developed with essential features they are sure to inspire efficient problem-solving techniques among teams.

Overcoming this issue begins with effective leadership. IT leaders need to emphasise that a prototype is only an early model that is to be shown to the client.

For each prototype you test, you should have a few important questions in mind. Make sure you know exactly what you're testing before you start testing and collecting feedback on your prototypes. How well these questions are answered will determine how focused your team is on the task-in-hand. Chances are that if your fifth prototype is still receiving a major request for change, there’s a breakdown in client communication.

Here is where there can be slight advantages for smaller teams. For example, it's usually easier to schedule regular meetings with a smaller product-design team, even if members don't work in the same office or in separate time zones. It may also be easier to get everyone on board with user feedback and iterate using that feedback by incorporating it into the prototype's changes with better communication.

Having said that, the hybridisation of the workforce over the past couple of years has brought with it the advent of cloud-based collaboration tools like Microsoft Teams and G-Suite. Equipped with such tools, teams of all sizes now have the power to keep in regular communication throughout development stages - anytime and anyplace.

Regardless of your team size, you must be prepared to try new ideas. That means being prepared to fully revamp or drastically change your prototype, should feedback warrant such a decision. While feedback usually provokes small, incremental changes, it's still beneficial to instil this unsentimental attitude to prototyping in order to allow for rapid testing and improvement.

Specificity remains key to unlocking the power of prototyping. The importance of selecting the right prototype cannot be overstated. A high-fidelity prototype, for example, is great for non-technical clients because it is visually appealing, whereas a low-fidelity prototype is useful for quickly expressing ideas.

All this means that prototyping should be used as is relevant to the project in-hand. Prototyping is essential for projects that require revision and end-user feedback. The path of the entire project, as well as its eventual success, is determined by prototyping.

Successful prototyping detects and corrects problems before they have a detrimental impact on the final project and are irreversibly harmed. Ultimately, your end product will benefit from a prototyping stage, where it has been tested out in real-life situations and by the end users themselves.

Jack Gill manages digital content at Audacia. He writes on a number of industry topics, including technology trends, leadership and digital transformation.