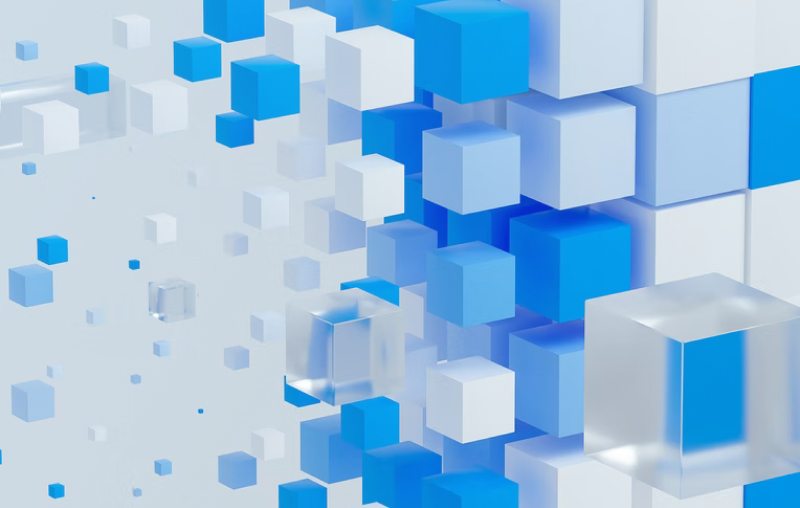 In part one, we looked at solving a vehicle routing problem using OR-Tools. In the second of this three-part series, we'll use OR-Tools again to consider how to best optimise cooking times for our pizzas.

The rules we’ve assigned for this second step are as follows:

With the above rules set, we can visualise a solution to this problem with some sort of Gantt chart, with time increasing to the right.

We have 3 types of pizza that are split into segments: margherita, pepperoni and Hawaiian. Crucially, the margherita does not undergo a slicing stage. So here’s an example of an optimal output where the horizon (the final stage of the last pizza to be made) is as small as possible. Even if we had three chefs that horizon probably wouldn’t be any smaller as we’re constrained by the earliest time we can put the third pizza in the oven.

This equates to one chef making one margherita pizza. So, we cook the pizza and obtain a solution via var solution = solver.Solve(). The MakePizza solver output contains a list of pizzas that have been scheduled. ScheduledPizza has a type, corresponds to our three flavours of pizza.

It also has a number of stages and each stage is a CookingStage which, in turn, is either Shaping , Slicing, Preparing or Cooking. For each type of pizza, return the amount of time that it takes.

There is also an extension which uses switch expressions to get the stages. For every type of pizza, the extension returns the stages that are required to make the pizza (see below).

Returning to our unit tests, we get the single pizza from the solution that is scheduled to be cooked. We also get the stages relevant to this test- shaping and preparing (note that, because it’s a margherita pizza, we know that the stage after shaping is preparing, because we don’t need to slice it).

Using Audacia.Random, we can get a randomly selected PizzaType, as we aren’t necessarily concerned with what type of pizzas are being made; just that they are all being made. The expectedCount is the count of pizzas, which is five. We have five random pizza types and one chef. Again, we aren’t concerned with how long it takes or other sort of rules and, therefore, the output of the model contains all different types of pizza.

The model should minimise the time taken to cook all pizzas - Minimizes_the_time_taken_to_cook_all_pizzas() - and will provide an expectedFinish time for when the pizzas are ready. 2 chefs are being passed in and 2 pizzas are being cooked. Much like our routing test (Model_minimizes_distance_travelled), we have used a small enough example to be able to manually verify that this is the quickest time the pizzas can all be made in. We can therefore assert that all pizzas are cooked in 138 minutes’ time – our expectedFinish.

This unit test could specify by pizza type (margherita, pepperoni, Hawaiian), but for the purpose of this test, we are testing margherita specifically, so we just have CookingStage.Shaping, CookingStage.Preparing and CookingStage.Cooking to check for.

The scheduledStages should ContainInOrder the expectedStageOrder. What this means is that pizzas should be prepared in the order that is set out.

We further specify that Only_one_pizza_fits_in_the_oven(). So, if we input two margherita pizzas, we will receive an output for each pizza which will also outline the individual stages which each pizza goes through. We also define a Boolean - twoPizzasCookingAtTheSameTime - which represents the times overlapping and assert that this is false.

Firstly, we CreateIntervalVars, then iterate through the count of pizza - request.Types.Count; pizzaIndex++ - which allows us to get the type of pizza that we want to cook (var pizza = request.Types[pizzaIndex]).

All stages must be completed on a something we define as a ‘machine’. which is defined as something that can complete a stage. As we have discussed, only the ovens can cook the pizzas, whilst the chefs take care of the other stages. So, if it’s the CookingStage.Cooking , then it needs to be the oven ‘machine’ that is completing this stage. If it’s any of the other stages, it can be prepared by any of the chefs (one of two in the example cited) – these make up the remaining ‘machines’.

For each pizza, we create variables called startVar and endVar. We have a horizon which is the longest possible time that this process could take. When declaring the variables, we’re requesting that Google OR-Tools set the variable somewhere between 0 and the horizon.

Then, as we said with the cooking stage, we then create the NewIntervalVar, which we keep track of later. We can only do this if we know which 'machine' we'll be completing the stage on.

For other stages, we need to iterate through the available chefs, and create optional constraints.

Here we are saying which chef we want to complete the action. Crucially, we are saying that we don’t care which chef is selected, as long as each stage is cooked by one of these chefs - to do this we define an optional interval. Because it’s optional, it contains a boolean that is set to true or false, representing whether Google OR-Tools has decided to use this interval. Each optional interval therefore represents a chef potentially completing a stage.

model.Add(new SumArray(chefActivation = 1);: This makes sure that the sum of the Booleans is 1 which, in turn, means that exactly one of those chefs has been picked. model.Add, specifically, refers to a new rule being added to the model.

On top of the unit tests, where each stage is done in order, we are also saying that the end of one stage is less than or equal to the next stage - [t + 1]). If we were to comment out the code assigning the postStageBuffer to the DoughRisingDuration, the test which waits for an hour after the shaping stage would start failing, so what we’re saying here is the end of this stage plus the buffer needs to be less than or equal to the beginning of the model.PizzaStageStarts.

This makes sure that, first, we wait for an hour before beginning a new stage, but for the other stages too it makes sure that there aren’t blocks on top of each other in our Gantt chart.

We also need to prevent chefs from working on multiple things at once, which is achieved by the below code, namely, with model.AddNoOverlap(model.MachineIntervals[machineId]);. This means that of all the intervals can be overlapped for a specific machine i.e., cannot be undertaken at the same time. This also makes sure that it’s all single file, per chef or oven.

We’ve kept track of all the PizzaStageEnds - the end times of all the pizzas. Here we assign a max variable - illustrated through IntVar makespan = model.NewIntVar(0, _horizon, "makespan"); - as well as a max equality (AddMaxEquality) from the makespan to all the end variables and then we call model.Minimize(makespan). This is the objective of our model; when we click solve, it’s going to pick the one that satisfies that objective the best.

After running solver.Solve, we’ll either be able to get the solution and our model or if it’s not we throw an exception throw OptimisationException.NoSolution();

Read the third and final part of this OR-Tools series, where we'll look at assigning our pizzas to our Audacia guests; we'll be optimising this action by ensuring that they get the most slices of their favourite flavour pizza.